From major shoulder surgery to American Ninja Warrior in less than 1 year. 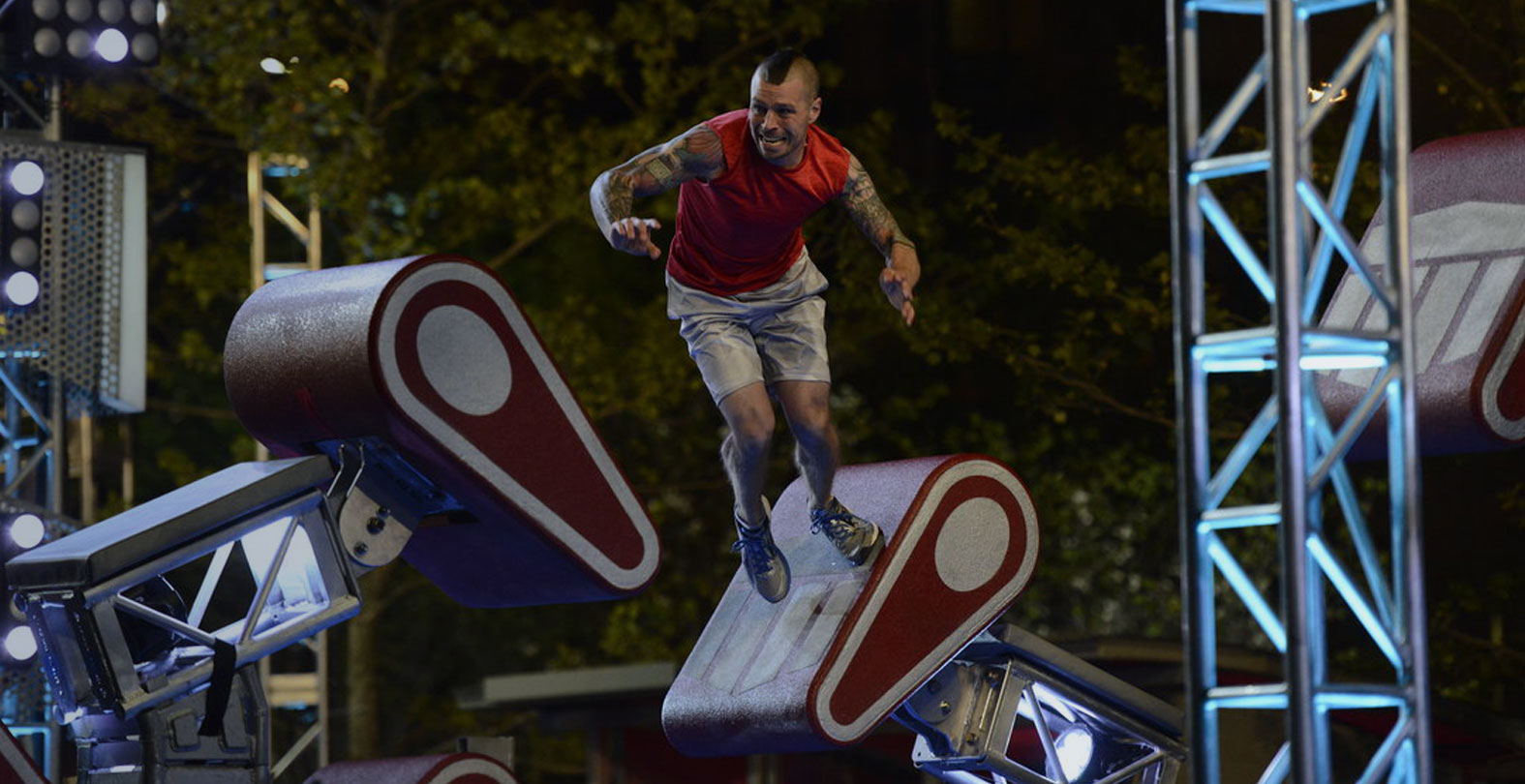 As a successful obstacle course racer, including an appearance on the TV series “American Ninja Warrior,” Josh March is a pretty tough guy despite his modest stature. All that climbing, grabbing, swinging – sometimes competing for hours on end – requires strength of body and mind.

He also has spent more than a decade in the Air National Guard, inspired to enlist after 9/11 and by a family history of military service.

But in the immediate aftermath of September 2017 surgery to repair rotator cuff and biceps tendon tears, doubt had crept in. His left arm in a sling for six weeks, in pain, unable to sleep, March had moments in which he asked himself: What have I done?

“The first few weeks were mentally as challenging as physically,” said March, whose full-time job is owner of emPower Training Systems, a gym near Lancaster, Pa.

It was during that low period when he relied on Drayer Physical Therapy Institute, specifically physical therapist Ryan Grube. Having referred customers to one another, they had a relationship before March became a rehab patient. March would make 28 visits to Drayer’s Lancaster outpatient center in the eight months after his surgery.

Grube said March endured a “devastating injury,” particularly given the overhead forces and stresses that obstacle racing imparts on competitors. With the sling, March couldn’t demonstrate workouts to his classes and had to revamp his own training to allow time for healing.

“It was, how do we work around this?,” Grube said.

He noted that even while tissue heals, a patient can work on strength and stability. Given the required recovery time, it’s necessary not to do anything that would jeopardize healing. Comparing March’s surgically repaired left shoulder vs. his healthy right side for stability, function and strength, Grube said, revealed gaps that they worked to close.

Any athlete wants to get back to whatever he was doing prior to injury. How do you get him to back off so as not to overdo anything while lighting a fire to take on rehabilitation? Grube said the answer is to educate patients and set realistic expectations.

Whether the patient is a pro ballplayer or an average person, recovery from rotator cuff surgery typically takes nine months to a year. March was determined to challenge that timeframe.

Growing up in Lancaster County, March was on a lot of teams, he said, “which is different than playing.” In other words, he spent a considerable amount of time on the bench. But with strength training, he realized tangible results. March, who stands 5-foot-7 and weighs 150 pounds, said it “clicked for me.”

After graduating from the University of Pittsburgh with a degree in exercise science, he taught physical education briefly. But he was more interested in how the body moves: biomechanics, anatomy, physiology.

Likewise, he was frustrated working at traditional gyms with their bulky equipment, such as stack weight machines.

“I was more of an outside-the-box thinker and wanted to change that up,” he said.

It began with a philosophy of helping anyone, regardless of age or health; of training more efficiently to boost metabolism and lose weight; and of doing it without cables and gears and sitting down.

March wants his clients to use their bodies to control free weights. Instead of isolating the elbow for weight curls, he espouses more functional movements, or those that mirror everyday situations. For instance, a “low bear crawl” mimics a posture that toddlers can execute to perfection but befuddles most adults.

March practiced what he preached by entering obstacle course races. He practiced at his and other area gyms and on a dozen obstacles he built in his backyard. At the urging of clients and friends, he applied to compete on “American Ninja Warrior.”

Summoned to a taping in Cleveland in May 2017, he made it halfway through the course before suffering a 10-foot fall on a balance obstacle. He landed on a mat, scuffing his knee. All the while, he competed with a partial tear in his rotator cuff.

Instead of surgery, he opted for a cortisone shot that allowed him to continue training and competing. But the tendon tore the rest of the way with a month or so left in the season.

He underwent surgery in September 2017. He wasn’t picked to compete again on “American Ninja,” but the show invited him to be a course tester in Philadelphia in May – one week short of eight months from his surgery. He began competing in early spring races, too.

What he thought would be a “rebuild” season turned into much more than that. He won some races and placed in others. He had a strong showing at the North American championships in Vermont, completing all of the obstacles in his three races. He even qualified for the world championships, passing on the opportunity with his wife pregnant.

“Timeline-wise, I was back competing in seven months” after surgery, he said. “Really back hard eight to nine months out.”

His repaired left shoulder, he said, feels better than his right shoulder. He has been pain-free for months and the injury doesn’t cross his mind when he is working out or competing.